Kyle Garrett stuck his foot in his mouth the night we met in a bar near Miramar but he won me over with his enigmatic smile and charming wit.

My life is all about calculated risks, when to push the throttle and when to ease back so I’ll give him a chance even though my gut tells me that I’m headed for a crash…

This is the complete series—all 3 books! 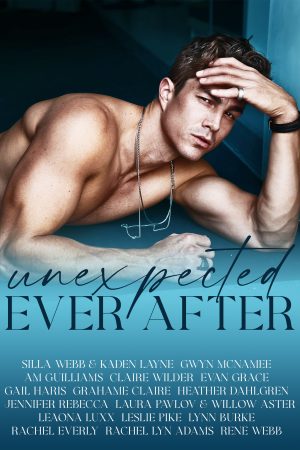 Meet. Fall in love. Live happily ever after…
It’s the way it should be.
At least, that’s what we’ve been told.
But that’s only in fairytales.
Real life throws twists and turns.
It will flip you upside down and inside out.
Yet, love will appear when you least expect it.
In the most unusual of places.
Under the worst of circumstances.
It can bring light to situations so dark you can barely see.
Hope where none lived before.
Passion where only pain lies.
It can surprise you and heal the deepest of wounds.
As long as you’re willing to embrace the unexpected ever after…

Unexpected Ever After brings you 17 brand new contemporary romance stories about finding love in the unexpected! Laugh, cry, and feel your heart beat again with these dazzling stories from some of today’s hottest authors!

This will have the first in an all new series from me! Be on the lookout for WILDFLOWER!

Tell me you’re packing for a signing … #noidea

The series is complete! #PresidentialAffair #Serie

Unexpected Ever After is LIVE! #availablenow #anth